Conditions: Cool crisp morning at The Jones with the sprinklers on.

Called an audible for today’s workout after finding out on Thursday that a former football teammate and Citadel brother passed away. 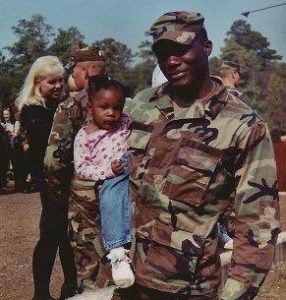 #30 Mike “Trez” Jackson (Father, Friend, Army Ranger, Citadel Grad, Teammate) left a legacy of having a great attitude no matter what situation he faced. The goal of this workout was to emulate that attitude no matter how tough the workout got!  And the Pax did that and more!

The pax went through a series of football drills with reps of 30 to honor Trez!

10 Up-downs between each warmup exercise for a total of 30 Up-downs OQ.

3 sets of Stadiums to get the legs loosened up.

Having loose hips is vital to being able to change direction in football and as a defensive back being able to smoothly backpedal was a key to success.

Drill – Huddle Up & 30 Yard Route Tree And Touchdown – Pax ran 4 basic football routes, simulated catching the ball and finished by turning upfield and sprinting across the goal line then jogging back to the huddle. 60+ yards of running each time. 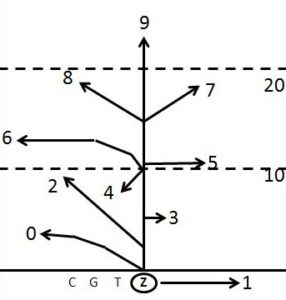 Mosey over to the block pile where each man grabbed a cinderblock.

3 Sets of stadiums with blocks. Mosey back to the football field.

Drill- Blocking Drill with Cynder Blocks 3x’s – Pax get their feet chopping and on command pressed cinderblock out like they were blocking someone holding for a minimum of 10 seconds.

Drill- 30 Yard Blockicides – Starting at goal line you do 1 Blockee, Lunge 10 yards do one blockee, turnaround and bear-crawl back to goal line with your block.  Repeat this to the 20 and 30 yard line. Increasing the number of blockees each time ( 2 at the 20 yardline, 3 at the 30 yardline).

This drill was a game changer! Members of the Pax that ran before regretted it and members that thought about running afterward decided not to do so.  Q was going to call an audible and have pax sprint last 30 yards, instead of bear-crawling but decided to finish.

Considered calling another audible on this drill due to 2 things.

#1 Concern that the Pax would tear down the goal post. And since F3 does not exist on paper the rec department would not have anyone to send the bill to.

#2 Underestimating the will and determination to get the drill done!

Glad we went forward with it because the men crushed it. We worked together to make sure everyone completed the drill. Couldn’t be prouder of all the men.

In football and in life you will be knocked down a lot. Having someone there to help you get back up can mean everything. (Note: Q almost splash merloted during this.)

WWI Mountain Climbers OYO– 15 each total of 30 – One partner is on 6 doing WW1 situps, while other partner is holding his feet down and doing mountain climbers until partner is done.

Devo: Reinforced the power of having a great attitude. Trez will always be known for that. Life is 10% what happens to you and 90% how you react to it.

Moleskin:   This was a tough workout and the Pax executed it beautifully today. They helped honor Trez by giving their all while having a great attitude.

Mumble Chatter Shatterer Exercises from today: Minus the warmup…All of them!!! Seriously, mumble chatter consisted mainly between exercises but here are the top 3 IMO –

Leadership Lesson – Don’t underestimate what your team is willing to do. Men are here to be challenged.  If they wanted easy they would have stayed at home.  Even if they are unable to do it as you draw it up they will give their best and their brothers will help them finish the drill.  Looking at several of the exercises I was initially concerned that the men wouldn’t want to attempt them but they proved my concerns wrong! They all inspired me today.