Conditions: Since I am writing this 3+ hours later my hands are still frozen. As WTForecast is currently saying, “It’s so cold your nuts will shrivel.”

FNGs: none, but disclaimer given 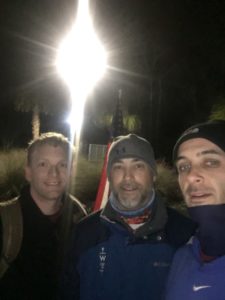