Weather: Cold in 20s and clear. 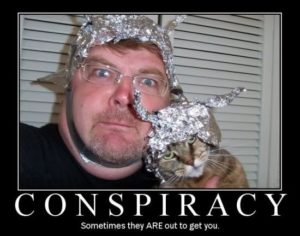 YHC had received reports that the path around the pond was clear and decided we would stick to that loop for safety reasons. YHC also arrived early for some recon and saw a few icy spots, but wasn’t too concerned. YHC only went about a quarter of the way around, and this is why he did not adjust the route. Once we started, we realized we would likely have someone injured and decided on an audible.

Then a brief relay race with lunge walks. Team 2 was the winners. YHC decided to go ahead and call the morning to a close, so those wishing to get miles could do so in a safe environment.

Moleskin: YHC should have taken a full lap to assess conditions. Q Failure.

This did give an opportunity for some 2nd F at Dunkin’ Donuts. Snowden mentioned that his recon didn’t observe some of the slick spots. We came to the conclusion that there was obvious sabotage. An unnamed PAX suggested that this may have been the work of two saboteurs that go by the aliases of Floppy and Hollywood. It was an obvious conspiracy to prevent PAX from getting their bingo squares.