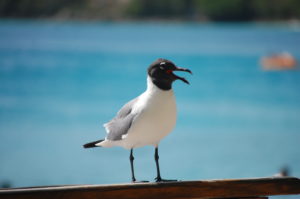 Preamble:  It’s almost the end of the month.  Time to Q Tremor

Disclaimer:  I’m no professional, but I care about your safety.  Run on the left side of the road.  Pick a battle buddy; don’t be a fool wear your reflective light up gear.

COP:  Listen to me talk about the route.  Everyone met the famous new guy Glitter Pony.  Glitter Pony joined a couple of weeks ago and got the most unfortunate name I’ve ever heard.  Poor guy.  He’s an affable British fellow who comes our way via Florida, and some other places.  He sells art work to people who buy art.  Which sounds like a thinly veiled cover for “spy”.  I was careful about what I revealed to the guy.  I almost didn’t tell him the route, that we were going to run the Presidents Circle loop.  A route that YHC often gets lost on.  So I also made sure everyone didn’t know that I was worried about getting us lost.

This is the second day in a row I’ve run with Recount.  I like Recount, he’s a top notch fellow.

During the run, two packs formed, everyone stayed in a group.  Just the way you want it to be if you’re a Q at a running group.  Less chance of bad things happening.

Pledge:  to the flag of the United States of America

Devo  After praying for many around us afflicted by health issues and emotional battles, YHC encouraged everyone to go get their physical done.  No matter how healthy you think you are, you’re not invincible.  YHC went in thinking he’d ace the thing, and for the most part I did well, but like most people my age, I’m 40 years old.  Things start to break.  Sure enough, doctor found some things I need to keep an eye on.  Without the physical I wouldn’t have known.  Please, go get checked.