Intro: YHC knew it was going to be a hot one and that there would be plenty of running involved, so I parked at the top of the Concrete Beast with a cooler filled with ice cold water for the PAX. They had two opportunities to grab a water as needed.

FNGs: None, disclaimer given anyway especially with the heat advisory

Devo:  “You are controlled by your new nature if you have the Spirit of God living in you. “ – Romans 8:9

Moleskin:  YHC knew it was going to be a brutal workout due to the heat as was glad that had a cooler filled with water for the PAX and himself. They were nearly all gone by the time we headed back to the AO. Unsure if we could use the fountain, YHC checked with Stalker to see if it would be okay to use it in broad daylight. He said go for it and we did. Then he later mentioned that if we got arrested it would make for a great story. Luckily, no one was harmed or arrested while in the fountain. When YHC told group 1 to get in the water, they stepped in. YHC had to tell them to get completely in the water and Old Flame said “You mean in the water?”. This was definitely a good source of laughter. Johnny 5, trying to keep up with the Swamp Rabbit merkins, sit-ups and running challenge for June, went out and ran 10 miles before the AO. This led to some cramping on our way back up to the Concrete Beast and then back to the AO. YHC saw him this morning and confirmed that he is indeed feeling better. T-Claps to all 8 PAX that pushed themselves to the limit during extreme conditions. This AO, my original AO, never ceases to amaze me with the effort put forth by the PAX.

With LQ being @ Homegrown, the PAX were disappointed to not see Hospice at the fountain sitting on a bench with a beer. YHC had a Q fail and should have brought the PAX back along Main St. and past Homegrown. Both might happen next time! 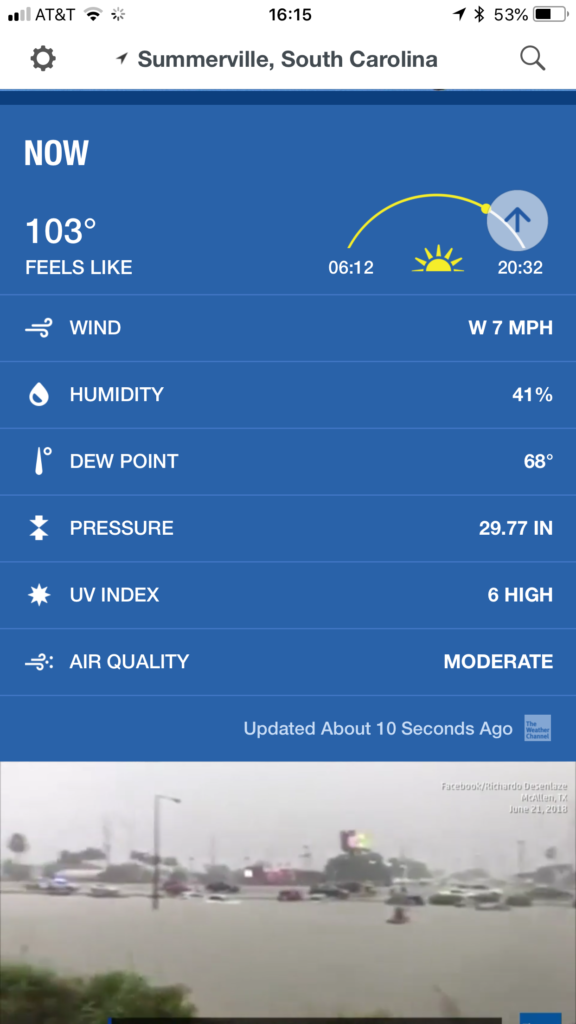