5 Runners + 1 Rucker + 1 Conversationalist showed up at The Creamer this morning for a warm and moist journey.

Miles were had, this is a given, but what’s always unpredictable is the conversation to be had over coffee at The Creamer. Afterall, this is part of what sets The Creamer apart from any other AO I’ve posted at within many different areas of F3 Nation.

We all came with different agendas this morning….

For YHC, that agenda was mainly checking a box on the July Running Challenge Bingo Board. Little did I prepare for to end up being faced with the conundrum of which box to use this morning for (“Run in the Rain” or “Q a Running Workout”). Decisions, decisions.

Wee Woo made it very clear that Snowden was at fault for his posting, especially when rumblings started trickling out as Snowden came around the corner “comin in HOT,” just in time to throw headlamp on and lead the PAX out onto the road.

Repo was clearly holding himself accountable to post as much as possible before going on the “new baby excuse train” for what is a yet to be determined amount of time.

Professor Klump was doing Professor Klump things. Running before others and trying to convince us all to join him for another run after The Creamer instead of going to work. The botanist’s persuasion tactics did not lead to any takers pursuing this option.

Too Much was staying consistent with putting good quality miles in, this time on foot, as the bike may have led to a treacherous, more eventful morning.

As everyone settles in for coffee and conversation, then comes Myrtle, in a khaki version of his highly popular running shorts. The conversation takes off immediately and for much of you probably should have just been there instead of making some lame excuse not to be. Key themes from the morning were “Don’t Sell Yourself Short” and “why do we keep drifting away from the billboard discussion.” Image included to help gain some perspective (Myrtle, we all expect collective royalties for any usage of these slogans or materials due to our direct input….) 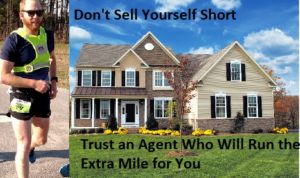 Until the next one…