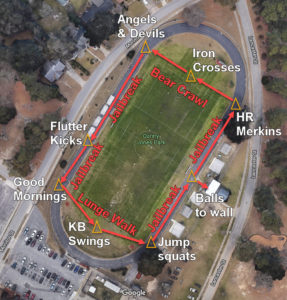 Morning call: Each PAX does 5 pull-ups while all others do 5 hand-release merkins. Cycle through until all PAX have done the pull-ups.

National Anthem (we heard it playing from Naval Weapons Station at 8am), Pledge, and COT