Temperature was in the 30s.

COP – 41 Body Builders in cadence. Divide into young team and old team; each team had a shovel flag.

Moleskin – YHC picked up the Q after becoming aware that the Government would be closed as a day of mourning to honor the late President Bush (41st President). Although we may have different political views, honoring a war veteran and former POTUS is something we can all get onboard with. For many of us “Respect” guys, the election of 1988 which was won by President Bush is when we were first able to vote.  After learning that 41 was a sock guy and was being buried in special socks depicting his time in the military, YHC decided to wear his “Ringmaster of the Shit Show” socks. In addition, YHC brought a Texas shovel flag to represent 41’s home state. The men embraced the relay races, but could have done without the Bear and Crab walks in the wet grass. Great work men; a true honor to serve as your Q. 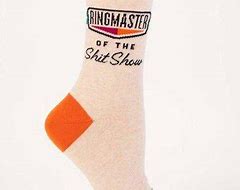