Communication as a Father

When you ask what people think of when they here the word Father.  Depending on the relationship people have with their own father will result in a positive or negative description.  If we want to be a Father to our children as God is a Father to us, we must communicate intentionally with our children and set time aside to set the example for our family.

Moleskin:   The Pre-Blast indicated a plan of the “Hateful Eight”.  During the “warm up”, YHC indicated the plan to perform Burpees as part of the “Hateful Eight.”  The mumble chatter was a show that most did not realize today was April Fool’s Day as YHC would never bring Burpees to a running AO, so we ran.  The run was longer for some as a search team was assembled to look for missing car keys for Fanta, unfortunately, the search was negative and Fanta was forced to walk home. 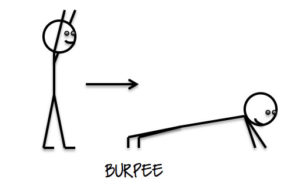