The weather was clear but very muggy with temperatures in the mid 70s.

The THANG was a hodge-podge of basic F3 exercises. Two rounds of tectonics fitness test exercises in order. (Burpees, Aussie pull-up, WW1 sit ups, squat jumps, Carolina drydock, monkey humper, American hammer, and mountain climber) All exercises were done in repetitions of 12.
We also threw in a few PAX choice exercises & a couple of mosey runs.
Mary consisted of flutter kicks, EXs & O’s, and a protractor before time was called.

MOLESKIN{ The Q was open Monday so YHC picked it up with no particular workout plan in mind. I simply went through many of the exercises in repetitions of 12 to honor 12 men who died during the battle of Sullivans Island in the revolutionary war.

The weather was low 70s, cloudy and extremely moist with humidity.

The warm-up consisted of through the tunnel’s, baby arm circles, squatting BACs, and side straddle hops

The Thang consisted of two sets of 11s, both with a twist. The first set of 11s involved not running, but farmer carrying 2 blocks to each end. One end was bottomless Merkins and at the other end was curls for girls. (Farmer carry 2 times over 50 yards per set = 1000 yrds total)
The second set of 11s involved running between the end stations. The far end was squats while the short end was five lawnmowers per each arm regardless of what round we were running.
Mary – 20 sit-ups, 20 twisting sit-ups & 90 seconds of protractor.

Devo message- As men of faith, if our plans are suddenly changed by forces beyond our control, then it may be the Lord changing our plan to fit His plan. This may be for our protection or possibly a blessing to someone else. Give thanks for those disruptions in your life plan.

The weather was rather muggy with temperatures in the low 60s.
Warm-up consisted of leg stretches (TTT & Don Q) followed by a mosey to the front entrance of the park.
Once at the entrance, an additional warm up with baby arm circles and chest stretches was done.
The thang was a nine times routine. This was a run around the front noisy parking lot, with stops at each end for Merkins at one end, and core exercises at the other. (Like a looping string-of-pearls)
Merkins: 20 × 9 times = 180. Core exercises was 20×9 = 180. I did not want to leave the PAX short, so we did an additional 20 of each to make an even 200 Merkins +200 core.

Moleskine. Mumble chatter was through the roof at Bedrock. YHC requested everyone to tell a dumb dad joke. This opened the can of worms, especially with Fish & Chips in the crowd, for a lot of frivolity and laughter. Control was difficult but the men pushed forward and completed every task perfectly.

Warm up began with TTT, a leg length stretch, SSH, BACs & Don Qs.
The Thang was broken down into several parts. The first involved heavy lifting with blocks. A variety of standard exercises. One included a block weighted sit-up routine with hammer situps and sledgehammer.
The next part was running with a competition race between odd and even numbered men. We then Indian ran to the front of the park.
Once at the park entrance, we did back-&-forth incline Merkins and wall dips. We also did 10 cadence Burpees. Mosey ran back to the blocks where we set up a Merkin conveyor belt.
In order to stretch time, we did a few rinse & repeat exercises before doing Mary. The Mary involved situps, flutter kicks, and the protractor before time was called.

Moleskine, the PAX was fairly quiet with limited mumble chatter, however some camaraderie was built with select jabs.

The Devo came from II Timothy 4:3. It talks about people not putting up with sound doctrine and falling into a trap of teachers who tell them just what they want to hear. I emplored the PAX to discern sound teaching to avoid the slippery slope. 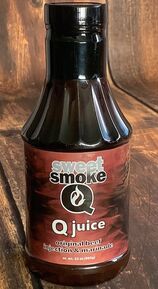 NOTE: YHC began treatment for cancer this week with a schedule of 30 rounds of radiation +3 rounds of chemo; thus the theme for the workout…
It was decided that an extra shot of Q Juice into the chemical mix might be an extra boost… it was!!

THANG: 3 exercises inside 30 – Began 30 squat-thrusts; paused on the 10th one to do 20 merkins; then continued with another pause at 20 to do 30 mountain climbers; finished to 30 squat-thrusts.
Woody led the PAX around the farmhouse while YHC regained composure.
Performed 3 rounds of Ussein Bolt with a twist: whatever exercise was called by the runner, the remaining PAX had to do 30 reps with runner joining in as he returned. (Note of thanks to Cold Cut who took over the last round with a reverse Bolt when YHC had a surprise chemo merlot)

Moleskin: A special thank you to Woody and Cold Cut for picking up the Q when YHC fell out due to illness… Everyone worked extra hard and were very supportive during the struggles

Devo – YHC related a story where Picasso’s health situation directly led to a physical that found Peaches’ cancer early. The message is to get your physical and stay healthy before problems develop.

Temps were mild in the low 60s under a clear sky

THANG – Short indian run followed by 10 merkins.
Each man retrieved 2 blpcks & returned to street setting one block on one side & the other accross the street.
At Block 1 did a 4 ct combo of curl + OHP x 20. Bear crawl to blockb 2 for combo of chest press + flutter kiks. Crawl blk 1 for lawnmowers in tempo x20. Crawl to blk 2 for chopping blocks x20.
Moved both blocs to center of street for ab work including combo of block situp with OHP; and then sledgehanner.
Began to rinse & repeat as time neared an end.
MARY: WW1s, bicycle hammers

Thang – 1) Pyramiding burpees: 1 Butpee then lunge walk 10 steps, then 2 burpees; repeat by adding a burpee until 10 is reached; then reduce by one burpee back down to 1. (100 total burpees + 180 lunge steps)
2) Triangle corners: mosey around triangle stopping at corners for ab work: LBCs,Xs&Os, Am Hams.
3) Dips x 20, then Incline merkins on picnic tables followed by picnic table presses.

Weather: A very humid mid-70s with an 83% gibbous waining moon hanging in a clear sky. (plenty of hungry mosquittos too)

Moleskin: Q juice saved the Qs butt – YHC signed up to Q last week but then came down with a sinus infection. Breathing was labored in high humidity; Pretzel had to temporarily call cadance so YHC could recover his breath. The modified Dora with a bench was new and tue PAX seemed to enjoy the challenge of variety. It was not a super difficult workout but it meet all F3 standards. (High heart rate, sweating & groaning)

Devo: ‘Do your job’ – YHC’s father (Clyde) was wounded as a soldier in the Korean War. He lost part of a lung and was eligible to return home. Clyde refused and told the officer that he had a job to finish and he did not want the responsibility of having another man to do his job. Do ypur job men so no one else has to.
Bible Ref: “Whatever you do, do it all for the glory of God.” 1 Corinthians 10:31 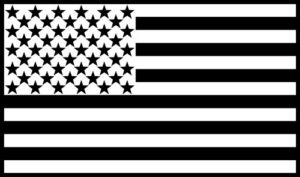 Intro: A lite pre-BC banter centered around the topic of Pop-Tarts and other poor food choices. The convo had absolutely nothing to do with the core focused exercises to come.
YHC saw this open Q and took it as a way to motivate himself out of a week-long slump. Due to a sore shoulder – abs, core & running were the focus.
As the PAX gathered to start, there was no flag. It had been given to a new man last week named “Second Chance” to ensure his return for a second post. At precisely 5am, he rounded the corner of the fatmhouse with flag in hand to redeem himself from the close call.

COP:  Warmup: TTT x10, IW x 10, DQ x 15 – In an attempt to interject something interesting, YHC called an Impreial Don Q: a 10 count combo of IW & DQ x 5 (It was just plain awkward and likely will never be seen again)

Moleskin: The difficult part of Q-ing BC is making the work tough enough for advanced men while not overpowing others. YHC is not an ‘advanced’ athlete so this challenge seems greater. During the work, some men could be overheard chatting about personal issues while at the same time, other men were grunting & straining over the multiple core sets. The overall self-evaluation – It was a solid “middle of the road” workout.

NOTE: YHC sent pre-blast that we would experiment with new exercises that were conjured up while Peaches was DR. Despire the warning, these men attended BC anyway. (New exercises denoted with *)

Conditions: Clear & cold but not too cold in the mid-30s

Divide PAX into odd-even with odd on one side of sidewalk & even on other.
– Single suicide run approx 25 yds. Odd-even groups in opposite directions.
Mosey to retrieve 2 blocks & return to assigned position at sidewalk.
Block exercises were done as follows with suicide sprints between each:
= Block sit-up w/ OHP combo, – * Sledgehammer abs (A twisting version of the WW1 sit-up) followed by seated curls on Q, – * Double block flys on Q followed by * Lawnmowers squared (Lawnmower pulls using TWO block at the same time in each hand), – * Nut Cracker (block squat & upright row combo).
Then the Merkin Conveyor … PAX were arm length abrest with block in front of toes. 4 Hi-Lo merkins with left hand on block. Then switch hands for 4 more – PAX side crawled to left to next man’s block to repeat merkins. The man on extreme left had no block so he bear crawled down to the empty block to rejoin the merkin conveyor. Continued until all men bear crawled.
Repeated several exercises until time called.

Numberama: Started with 10. Grew to 13 total at Thang time

Devo:   Luke 12:7 “the very hairs on your head are all numbered. So don’t be afraid; you are more valuable to God than a whole flock of sparrows.”

Moleskin:  Some exercises were brand-spanking new while other were combos of existing ones. This caused some mumble chatter and even a few harsh words as the work began.  The PAX seemed to ‘enjoy’ the new movements.  Nothing but grunts were heard as the merkin conveyor whipped but on the chest & shoulders.  YHC’s fist Q at Seismic was not a disappointment.  These guys are awesome!