Curls for the Girls x20 OC

Mosey down the trail

Mosey down trail to pond

Mosey back to flag

Devo: Worked into workout as we discussed the Q Point of Courage

You know the thing

Moleskin: YHC’s first time at The Shocker in awhile. Nice to see Stalker in the gloom with a ruck. The Grouch got his first taste of The Shocker, Mullet passed along the ROCK to Crawdad. The humidity, COVID, and Labor Day revelry had an impact on the PAX performance. Great to see both Stalker and Gypsy back in the gloom after bouts with the VID

Thang: Mosey around the pond

Announcements: YHC is running this coming weekend to benefit TAPS, STAR 24 in October

Moleskin: YHC showed up knowing the Q sheet was empty. The Grouch is a recent PAX and didn’t want him to show up alone. Nice mosey around the pond made for great 2nd and 3rd F 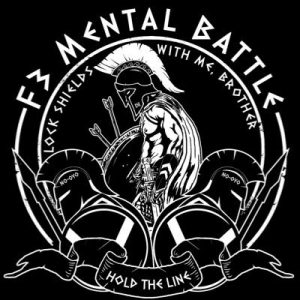 This workout is courtesy of the HIM of The Fort

Each set will have stats about mental health and workplace mental health.  The workout will be in the form of a Dora 123.  As you are working with a partner (No OYO), each stat is doubled.  After all three sets are complete, if you have time repeat sets until time is up.

A few things to leave you with:

Suicide is the 10th leading cause of death in America.

I hope you’ll have some time to share among the Pax your mental battles or those of people around you, either during the workout or after.  This is honestly more important than the workout.

Again, please reach out for help if you need help.

Devo from 365 Meditations for Men 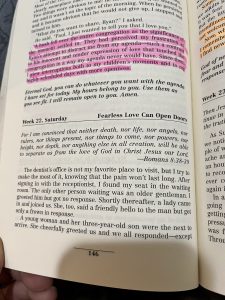 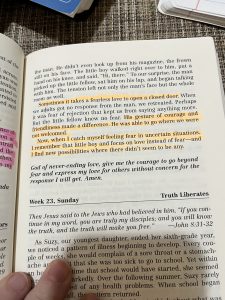 Hold Squat until PAX recite 4 Quadrants of the Q Source

YHC asks which PAX have yet to Q a BC, both Fanny Pack and Radio raise hands

Commitment — Each man has committed to coming out early in the AM, Splinter shared a commitment of creating an emergency fund Pickle Pushers with leg raised x10 IC each leg

Consistency — Consistency is what will build habits. Space Cowboy shared how affirmations have helped him accelerate in his life and Flo shared the practice of consistently studying his Bible in a quiet place in the home Old Flame called shoulder taps x10 IC

Courage — Courage is not the absence of fear, it is action in spite of fear Monkey Humpers x10 IC

Stow bricks and Mosey back to flag

No time for Mary

COT: Fanny Pack’s neighbor recovering from COV, YHC’s family and all those in harm’s way

Moleskin: Commitment was demonstrated with 3 PAX that had attempted/completed several challenges over the weekend. Old Flame logged 75 miles at CGG 155, Good Times and YHC both completed the Goggins 4x4x48 challenge. Limited mumble chatter.

Devo: Having faith in the darkest of times. YHC shared the example of Hieromartyr Benjamin of Petrograd. Even in the face of execution by the Soviet authorities, he maintained his faith. YHC highlighted other examples such as Christians in Iraq during the occupation by Daesh, as well continued persecution by both their government and others, Jews during the Holocaust, French Huguenots in the late 1600s, all people of faith in the Soviet Union and China, continued persecution of various faiths in modern day Russia, people of Ukraine as they are under attack from Russia.

“It is difficult, hard to suffer, but according to the measure of my sufferings consolation abounds from God. It is difficult to cross this Rubicon, this frontier and give oneself over wholly to the will of God. But when this is done, then man abounds in consolation and does not feel even the greatest sufferings; filled as he is in the midst of sufferings by an inner peace, he draws others to sufferings so that they should imitate that condition in which the happy sufferer finds himself I talked about this before to others, but my sufferings had not reached their full measure. Now, it seems, I have to go through everything: prison, trial, public mockery and demands for my death as if the people applauded it, the ingratitude of men, their betrayal, inconstancy and similar things, anxiety and responsibility for the fate of others, and even for the Church herself.

“My sufferings have reached their height, but consolation has also increased. I am joyful and calm, as always. Christ is our life, our lightand our peace! With Him it is good at all times and in all places. I do not fear for the fate of the Church! We pastors should have more faith. We should abandon our self-reliance, our intelligence and learning and (human) strength, and give place to the grace of God.

“… I am joyful and peaceful, as always. Christ is our life, light and rest. With Him it is always good.”

This morning’s discussion centered around the first chapter of The Way of the Warrior by Erwin McManus. It is the Warrior Code 1: The Warrior Fights Only for Peace

What he is talking about is that all the problems and violence in the world originate within and are a result of us not having peace within ourselves.

God did not introduce violence into the world, humans introduced violence and God seeks to bring peace by bringing us back into a relationship with Him.

Jesus came to bring peace, but not it was not a worldly peace but an eternal one. As he says in John 14:27 “27 Peace I leave with you; my peace I give you. I do not give to you as the world gives. Do not let your hearts be troubled and do not be afraid.”

We also place our face in the future as Jesus describes in John 16:33 33 “I have told you these things, so that in me you may have peace. In this world you will have trouble. But take heart! I have overcome the world.”

The author goes on to state, “When our hearts have not found peace, we become filled with the darkest expressions of ourselves.”

Manana had a great observation that we all should remember, “You cannot obey, unless you have the option to disobey.”

Here are a few links

Weather: 40s but it didn’t matter because Mayhem remembered to grab the key.

First, YHC passed around stacks from The ONE Thing Core Value deck so PAX could begin to discover their unique core values. (Disclaimer: this is separate and distinct from Core Principles of F3) this is more to help determine and clarify your D2X

Next, YHC began to discuss the 8 Block which was developed by CSPAN. Here is a great SWT podcast where he discusses the 8 Block and an awesome beatdown from F3 Gastonia based upon the 8Block

The 8 Block is an exercise/accountability tool to assist in accelerating all areas of your life.

Here is a link to FB live

Also, here is a link to the Stuff Worth Trying website (The STEVE) for F3

We also discussed the upcoming opportunity to serve the men at Home of Hope with a cookout. Easy In is getting some dates together.

Grab 2 blocks and 2 bricks and head to yield sign

Take off on a mosey to the baseballs

Mosey back to blocks

Rotate through 1 PAX does back extension x10 while partner holds feet. Odd man out does 10 WWI situps

Mosey to crosswalk at bridge

Mosey around back circle and stop at Palm Trees

Side Squats between trees

Mosey Back to blocks

Moleskin: YHC picked up the Q due to Chowdah needing to attend to his M. Limited mumble chatter. Nice brisk pace

Devo: Friendship. YHC was at a men’s breakfast at this church and the topic was friendship. YHC realized that many of these men are Sad Clowns and didn’t have friends. They even remarked they didn’t know how to make friends.

Here are some Bible verses on friendship

Weather: Cold, but it didn’t matter since mayhem grabbed the key

Our discussion was about living the life we were meant to live and gaining mastery of our minds. Here is the link to the FB Live

The discussion began with playing a clip of Erwin McManus discussing Code 4: The Warrior Gains Mastery over Their Mind

“You find great friends when you are a great friend. If you always find anger in the world it is because you are angry at the world.”

You must FIGHT to become the person that God created you to become.

Your greatest battle is with yourself because no one knows you better than you.

Romans 12:2 “Do not conform any longer to the pattern of this world, but be transformed by the renewing of your mind. Then you will be able to test and approve what God’s will is–his good, pleasing and perfect will.”

Next we heard a clip from Ed Mylett. I recommend starting at the 8:10 mark if you can’t listen to the entire video,

He speaks about how he believes that when we die God will show us the person we were meant to be, and what drives him is to be as close as possible to be the person God created him to become.

We are meant to be the best version of ourselves. It is NOT possible for us to achieve our highest purpose on our own. We need a tribe and a team to help us achieve the true will for our life.

“The comfortable road will never lead you to the person you were destined to be.”

We must be intentional about leading the life we have been created to lead.

YHC’s challenge to the PAX is two things for this week:

Weather: Goldilocks. Not too hot, not too cold, but just right for running

Devo: No actual devo, but you should check this episode of the Minivan Centurion. My favorite Dredd quote of the episode, “He reins me in, I keep him from being such $^*#y.”

Moleskin: Milton is cautiously optimistic about his Dawgs for Monday night’s Championship Game appearance, Pretzel wished the Penal Pups of UGA good luck, Pretzel and Repo went to Awful Waffle for coffee since Starbucks was closed.