Intro:  YHC does not often recycle weinkes, but it’s hard to beat a block escalator, and it’s what the PAX do in between the block reps that can really ramp-up the suck factor. Three engineers and a pilot met in the dark to get better acquainted with the blocks and each other.

Disclaimer:  Nope. Probably should at The Jones everytime though, since they are relatively new.

Warmup: 1/4 mile jog around the track. Grab a block and cussack back to the track.

Thang: With the block escalator, the reps increased by 10 with each new set. After each set, the PAX did bear-merkins to the goal post (about 20 yards away), completed 1 pullup or 1 kip-up, then ran back to the blocks for the next set.

Cussack blocks back to the block pile.

Devo:  One of my go-to Bible verses, in life and at the AO, is 2Timothy 1:7. “The Spirit given to us by God does not make us timid, but gives us power, love and self discipline.”

Moleskin:  If F3 is a family, The Jones is our toddler. He’s finding his legs and is enthusiastic about learning new things, but he needs the attention and support of his bigger brothers. I enjoy getting to know these guys. Luigi seems to be the constant at The Jones, at least the few times that I have been there. He rides his bike to the AO as a warmup, will never be last in the movements, and is anticipating the arrival of Luigi, Jr. Continued prayers there, brother. Hebejebe is also an engineer. We did not get to discuss the origin of his F3 name, but this guy is the quiet grunt, grinding out each rep to the standard until it’s done. About what you’d expect from an engineer. LottaLove flys planes, is a musician, and has the potential to be the mumble-chatter guy at The Jones, with his laidback demeanor and easy conversation. For you big brothers in the F3 world who haven’t made the trek to The Jones yet, make the effort. Likewise, I would encourage you Jones boys to branch out to other AO’s, so that you can discover the bigger picture.

warm up  grab a block

Mary was Bert Reynolds 20 each side  15 WWI sit ups

With it being kind of cold we took a 3/4 mile stroll around the block Indian Run style.

Back to the flag, set the watch at 20 minutes and begin:
Death by Burpees – minute 1, complete 1 Burpee; minute 2, complete 2 Burpees; minute 3, complete 3 Burpees; and so on. If you cannot complete your burpees in a minute, refer back to the last set of complete burpees you completed and that’s what you owe for the duration of the exercise.

Death by Pull Ups – Same as above except once you are out, go to the wall and wall sit. Once we had a pile of bodies over there, volunteers at the wall had the freedom to change the exercise.

Was trying something new today and while it wasn’t the toughest workout I’ve ever led, it was fun. T-Claps to Caterpillar and X-Ray on outlasting the PAX on the Death By Burpee exercise at 13 (91 total Burpees). We timed out on Death by Pull Ups with me and X-Ray finishing at 9 (45 total Pull Ups). We did Mary by committee to encourage participation from the whole group.

Somewhat low #s due to a lot of regulars resting their wheels after the Kiawah marathon. Some ran (City Slicker, Borland, Show Me, Pretzel), some rucked (Defib, Repo, FNA, Goose). You know, Creamer stuff. Great to have Creamer first-timers FNA and Goose with us for coffee and fellowship. 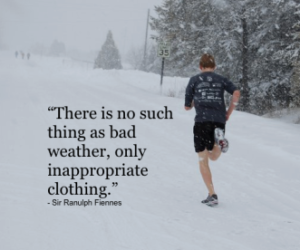 Still honing my points-earning bootcamp system, with the third iteration rolling out to the #TOTS at Seismic on December 7 (at date that will live in infamy, for reasons far greater than my Q). The PAX were informed at the outset that there would be 30 burpees at the end of the workout, with the chance to earn points and reduce that # during the workout.

Conditions: A damp and cool 40s

Partner up, mosey to the cage for one block per partner grouping. Execute the following Speed Doras in the parking lot beside the senior center. Each time Partner 1 and Partner 2 exchange, they earn a point:

Speed Dora 2 (broad jump to cone and back):

Speed Dora 3 (bear crawl to cone and back):

Between the first and second Doras we did Two-Minute Merkins – as many merkins as you can do in two minutes. For every 50 that you and your partner complete, you earn an additional point.

Between the second and third Doras we did Two-Minute Big-Boy Sit-Ups – same as the merkins, except you earn a point for every 40 you and your partner complete.

Return to flag for burpees and Mary. Each partner group subtracts their total # of points from the 30 burpees, and executes the remainder.

Notes: The strategy behind the points system is two-fold. The intent is to encourage the partners to maximize the # of handoffs during the Dora. This happens by 1) Running/broad-jumping/bear-crawling quickly; and 2) taking the time to execute the exercises with proper form. The result, if done properly, should maximize the suck and the opportunity to Get Better™.

Intro: 7 men met in the cold to run. Because Snowden is recovering from a stellar performance at the Kiawah Marathon, and YHC is enjoying his “time off” and eating like a death row inmate, a decision was made to do an out-and-back run. The pace was PAX choice. Run until 0522, then turn around and come back. During the run, YHC learned all about the organization and operation of volunteer fire departments, bandwagon Clemson fans, lamented the lost art beating children, and the felonious activities of 12 yr-olds with BB guns.

Thang: We ran 4.something miles total.

Mary: None. This is a running AO.

Devo: Every “King David” needs a “Nathan”, a truth-teller. Seek out your Nathan. Also, understand that a David-Nathan relationship only exists between two people whose bond is grounded in trust. Nathans operating outside of a trust relationship were often killed. Nobody wants an unsolicited Nathan.

Partner up for a little Dora: 100 Merkins, 200 Curls for the Girls, 300 Squats with the Block. While one partner does the exercise, the other runs with a block.

WWII Sit-Ups with the block x 20

Half mile Indian Run to cool down

Moleskin:  Good numbers at the Jones today. The PAX showed up and showed out. There was a solid push through the Jingles 11 with all the PAX encouraging one another to persevere to the end. Good stuff going on in North Chuck as this AO continues to grow. We had one guy running laps beside us. I talked to him about F3 after the workout. I think his name was John. Keep an eye out for him. Maybe he will join us out in the gloom.

Devo: “Bear one another’s burdens, and so fulfill the law of Christ.” Galatians 6:2 In keeping with an early yet trending tradition, I gave my testimony regarding the past weeks challenges and the support I have received from many men. Remember there are no “Self made Men” and have you ever tried to “Pick yourself up by the bootstraps?” Lean into your brother for support because they have their own struggles too and will not think of you as weak or timid. Pray for one another for the peace you will receive can carry you through anything.

Intro: YHC asked the PAX to HC with their least favorite exercise. Most gave a humorous reply, like LBEB (little baby eye blinks), or walking, etc. Some of the PAX gave legit replies. For them YHC attempted to accommodate. 15 men showed-out for a BC that was short on the reps, but long on teamwork. Thank you, Splinter, for delivering coffee and an excellent, introspective devo.

Disclaimer: Given. No FNG’s.

*No description. You had to be there.

Grab a block and a rebar.

Thang: This was an exercise in teamwork, as much as it was a workout. In a circle, and with a block and rebar between each man, grab the rebar to the left and to the right of you so that you are exercising with a shared block/rebar. After each exercise, the PAX will move together in a modified Elephant Walk.

Curls for the Girls x12

Mary: “Bring Sally Up” Challenge. This song by Moby is 3:28 long. Each time the song says, “Bring Sally up” or “Bring Sally Down”, move to that position. The PAX did Sally x3.

Front Raises – Rebar extended in front was the down position. Overhead was the up position.

Curls – 90° was the down position. Up was obviously, well the up position.

For the record, these all sucked pretty bad.

Devo: Fresh off of his first marathon with his brother-in-law, Splinter shared some insight about his experience. Like all distance runners, he’s beginning to realize that it’s not all about the running. Splinter’s three pronged attack on the New Year involves his 3 L’s:

Love – Even those, and especially those, who are sometimes hard to love.

Leadership – With your families, your work environment, your relationships, lead from the front, and lead by example.

This is a gross and insufficient recap of an incredible and personal devo by Splinter. Splinter, please share this devo again at whichever AO you post next. Thanks again, Brother.

Moleskin:  YHC led this workout previously on June 22, 2016.  On that day there was a total PAX of 16.  Today we had 5 and not one member of the PAX was present for the workout almost 1.5 years ago.  Some of today’s PAX were OG and some of those  not there today are still very active at Tectonic.  On the other hand:  WHERE ART THOU …..MATLOCK, ANDROID, SLAG, SUGAR MOUNTAIN, SPLINTER, TEST TUBE, TEETER, BERNIE, FISHING LINE, AND STROKER?  Grab a wayward brother and put the EH on him.  We have several MIA.