FNGs: They don’t generally show up to the Shocker

Discuss the route for this week’s Shocker.  The running portion will be behind the shops immediately to the left coming out of the garage.  Right unto W 2nd S St, Right on S Cedar, Right on W Richardson and back to garage.

Mary: She’s off on Shocker days

Announcements: Sort of Quite on the home front right now

Devo: Grab a can of spray paint and cover up some of the “art work” at the top of the garage.

Warm up: explain the route . Long route through alley and out to Main Street to Richardson abs back to garage

the Thang : Pretzel to a mosey around Summerville rehabbing . Other ran long route and one rucked the Shocker

Old Flame finished strong with 7 completed. Splinter  and Space Cowboy dressed for summer and crushed it.

have a safe and enjoyable Wednesday

INTRO: Tremor historically has low numbers on the first Wednesday of each month, because it conflicts with The Shocker. This month we wanted to try combining the two AO’s. 15 men joined the experiment.

THANG: From the top of the garage, do 25 merkins/25 LBC’s. Run to the opposite corner, do 24 merkins/24 LBC’s. Run down the stairs, 23/23. Run out of the garage and around the block, back to the garage, 22/22. Run up the stairs. That’s one round. Repeat as many rounds as possible in 45 minutes, reducing the merkins and LBC’s by one rep at each stop.

DEVO: I prefaced my devo by recognizing aloud that verses of the Bible are often, and sometimes intentionally, taken out of context when you have a specific agenda. Lately, I have been contemplating going back into business for myself after a 7 year “vacation”. While looking for a devo last night, I came across Proverbs 6:6-8. “Go to the ant, you sluggard; consider its ways and be wise! It has no commander, no overseer or ruler, yet it stores its provisions in summer and gathers its food at harvest.” See?! The Bible is telling me that I shouldn’t have a boss, and that I should go back into business for myself!

No, no it’s not. Space Cowboy correctly pointed out that Proverbs 6:6-8 is saying, “don’t be lazy, be like the ant.” Have you ever watched ants? They are constantly busy, intuitively doing those tasks that need to get done, without a boss making them get it done. They don’t need a wife nagging them to take the garbage out, or to fix the faucet, or cut the grass. They don’t need a boss setting expectations and deadlines. Ants just get it done. Furthermore, like smart business owners, ants store-up provisions when times are good, in anticipation of those lean months.

MOLESKIN: Observations from the back of the pack:

The Respects are tough, with Grits, Old Flame, Peg, Old D, and BTB among the front runners and lapping YHC a few times.

Defib is still a freak, with his ruck that is apparently welded to his back…lapping YHC a few times.

AC/DC, Pretzel, and Splinter are my kind of people, quietly and methodically knocking it out…lapping YHC a few times.

Snap-On gives a surprisingly good smack on the ass…as he lapped YHC a few times.

Muscadine is as competitive as ever, not letting a little Merlot slow him down…as he lapped YHC a few times.

Space Cowboy is that guy who always shows up, contributes, and puts out…and he lapped YHC a few times.

The curfew imposed by Town of Summerville meant a 0615 start for the Shocker, the monthly 45 minutes of hell we endure at the downtown garage. The late start meant that several men who otherwise would have been there couldn’t make it, which sucks. YHC had to heavily modify due to the surgically mended paw. I brought the bike trainer and set up at the top (even though technically I’m still not supposed to ride – don’t tell). I started with 30 merkins and LBCs, then rode for five minutes. I repeated that for the duration. The rest executed a standard short-course Shocker. One benefit of starting later: the sunrise was amazing. 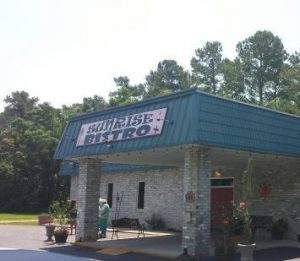 Not the sunrise we witnessed this morning.

Circuits up and down the garage, and out Short Central Ave., cut over to Central, and back to the garage. Starting with 25 merkins and 25 LBCs, and decreasing by one each at three different stops per circuit. Once you get to 1 and 1, start heading back up. Rough estimate of .3 miles or so running/stairs per circuit.

The first Wednesday of August brought with it the monthly running of the Shocker and some miserable, miserable heat and humidity. There was no relief. Even the top of the garage, where you can sometimes catch a breeze, was stifling. And the bowels of the garage were practically inhumane. The suck was extra big today. 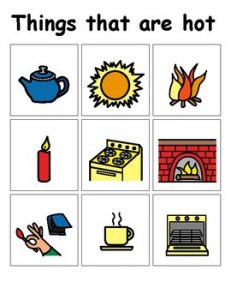 These are all things that are hot. But none is as hot as the Concrete Beast was for the August Shocker.

Run the Shocker for 45 minutes. Don’t know what that means? Well, then we’ll see you on Sept. 4 for the next edition of the Shocker so that we can learn you up.

Three F3 Summerville amigos descended like a testicle upon the Concrete Beast for the May Shocker. YHC, for reasons that continue to defy self logic, wore a ruck.

The Shocker, for 45 minutes. Very Shockery.

The Thang: The PAX complete exercises in descending volume stopping at the top and bottom of each staircase with a run around the block in each circuit. Once you get to one rep, start working your way back up.

String Bean: Rucker – Lost count / did his own thing

City Slicker, who has a GoRuck TL this weekend, hung back with the old men, Grits,  who has a half marathon this weekend, and Stalker, who has no excuse. Old Flame is still acting like a young buck and lapped YHC at least twice. Cheetah was on a mission and was moving very Cheetah-like. Schrute took on The Shocker in a worker-like fashion, with head down and quietly knocked down the laps. And Defib didn’t want to stop, but also didn’t die. So there’s that.

Nine men took on the Shocker for May. Circuits up and down the garage, and out Short Central Ave., cut over to Central, and back to the garage. Starting with 25 merkins and 25 LBCs, and decreasing by one each at three different stops per circuit. Once you get to 1 and 1, start heading back up. Rough estimate of .3 miles or so running/stairs per circuit. Ruckers follow same pattern, but begin with 15 merkins/squats. It’s a brutal 45 minutes with or without a ruck.

Four men took on the Shocker for April. Circuits up and down the garage, and out Short Central Ave., cut over to Central, and back to the garage. Starting with 25 merkins and 25 LBCs, and decreasing by one each at three different stops per circuit. Once you get to 1 and 1, start heading back up. Rough estimate of .3 miles or so running/stairs per circuit. Ruckers follow same pattern, but begin with 15 merkins/squats. It’s a brutal 45 minutes with or without a ruck.

Moleskin: This was YHC’s first trip back out to the Shocker since November and it always delivers a good one. I guess the small number of PAX can be attributed to spring break week. Regardless, the Shocker takes no breaks and is always ready. These men were ready and held their own this morning. Great work men!