Moleskin: My visits to bedrock are few and far between, but the men over there are always plentiful, ready to work out, and plenty to chat about. Everyone was pretty much on their own, so it was fun to see what others had to do. Apologies to Chilly Willy for your F3 name, sorry to Magic Mike and Speedo for your government names. Not sorry to Fish n’ Chips for your government name or F3 name.

Devo: Use the acronym P.R.A.Y. to help you pray.

Quote of the Day: “What if you have a hyphen in your name?” –Fish n’ Chips

PAX grab a Battle Buddy. Between the two of them, grab 3 blocks from blockpile.

Mary: No time for Mary

Devo: We don’t know what tomorrow brings- or if we have tomorrow. Check life insurance, health insurance, and living wills. TODAY.

FNGs: None disclaimer given anyway

COP:  It was 4:53 and YHC was still on Dorchester road and still needed to set some things up before beginning.  By the time I got to the parking lot near the flag it was 4:58.  As soon as I stepped out of the truck I hear “run lets go”.  Wait, aren’t I the one in charge?  Hustled to the flag and hear Muscadine say “look right on time”.  I swear I will be late for my own funeral.

Volun-told (like volunteered but didn’t give them an option) Rabbit Ears and Tinker they would be my helpers.  Tinker had brought 2 sand bags.  One 40lbs and one 60lbs.  Rabbit Ears grabs one bag and Tinker the other and remaining PAX fall in behind them.  Instructed that we would go at the mans pace carrying the bags.  Lead man also controlled how far he went with bag.  Mosey to top parking lot and back to middle parking lot to scoreboard and back to the bridge leading to wiffle ball field.  When lead man hands sand bag off retreats to back of line and rinse and repeat until we get to bridge.  Hold plank and wait on 6 to arrive.  Handed bags off one final time for the push to the wiffle ball field.

Placed both sand bags at one base and circled up around pitchers mound.  YHC had placed a bag with 11 tennis balls, a flashlight, and a blue tooth radio playing music on the pitchers mound.   Each PAX came to center one at a time and grabbed a ball that had an exercise written on it.  That exercise would be completed by remaining PAX while he grabbed a sand bag and ran around the bases.  When he returned exercises ceased.  Exercises were- SSH, Burpees, Merkins, Suicides (baseline to pitchers mound back and to other base line and back), Mosey (outside of baseline) Squats (not picked one time), flutter kicks, Lt. Dan, LBC, Pickle Pounders, Monkey Humpers,

Column back up and head back to flag this time the short cut by picnic tables.   Stopped at the No Parking Sign before the flag.  Ruckers cusacked back to flag while non ruckers jailbreak.

Devo: #DFQ.  Everyone has heard my start with F3 story.  I am not shy about telling it.  I did this exact (or very similar) workout with Tinker as an FNG exactly 1 year and 1 week ago.  Rabbit Ears picked me up for that workout.  I already had it in my head that I was quitting F3 and never coming back.  Felt I was holding people back.  Couldn’t keep up.  Couldn’t breathe.  Rabbit Ears wouldn’t allow it and picked me up the next day.  1 year and a week later there is 35lbs less of me.  One may say I went from an 80lb of “Sakrete” to a 40lb.  Do Not Quit.  Big shout out to all who have helped in my journey.  You know who you are.

Moleskin:  I am forever late.  Side Straddle Hops with a ruck is a terrible idea.  Today is Wambach’s birthday.  Why does Chum like pickle pounders so much?  Don’t quit.  SYITG! 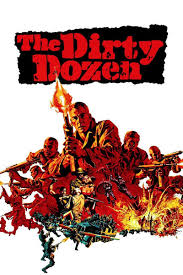 Announcements: Kiawah Marathon coming up. Can continue to give to the Oak

Moleskin:   Rabbit Ears and City Slicker left immediately for a Double Down at The Jones. Great to see the running machine Snowden at Bedrock! He’s making the rounds of all the AOs to spread Running Cheer throughout the land. Snowden also shared the boo boo he received during the workout. Apparently the blocks don’t agree with him.

The PAX enjoys the music provided through a bluetooth speaker during the beat down. This time, YHC played his Running list which included a Celine Dion tune. Much ball-busting ensued (and rightly so). YHC will improve the music choices for the PAX. Good push by all.

Intro: With the F3 Roulette Wheel, the weinke practically writes itself. Of course, some modifications are required based on # of PAX, available coupons, and Chum suggesting Dammits, because block situps are just too easy. YHC came prepared with a few more movements, but 45 minutes is painfully short to squeeze in much more.

17 intrepid souls left their warm beds to see what YHC would dial-up.

Disclaimer: Given. No FNG’s.

Pair up for a quick game of Rock, Paper, Scissors. The winner starts walking to the wiffleball field, while the loser grabs 2 blocks and races to catchup to his partner. Once each man has one block, the only acceptable ways to carry the block are A) cussack, or B) running.

Thang: Once at the field, each man toed the baseline with his block. The F3 Roulette Wheel dialed up 11’s for the morning BC.

Rinse and repeat until:

When done, jog around the ballfield until YHC calls time. When called, 10 men had finished, 7 men were still working through the 11’s. The finishers then paired up with a none-finisher, and the remaining reps would be completed by doing team burpees (ie. If the none-finisher was on 3’s, the team would do 3×11=33 total burpees to finish).

Next, the PAX did team situps while passing all of the blocks down the line, and back again.

Finally, pair up for a quick game of Rock, Paper, Scissors. The winner jogs a lap around the field, while the loser grabs 2 blocks and starts walking back to the flag. Once each man has one block, the only acceptable ways to carry the block are A) cussack, or B) running.

Mary: No time for Mary.

Devo: “And let us not neglect our meeting together, as some people do, but encourage one another, especially now that the day of His return is drawing near.” Hebrews 10:25

When the Book of Hebrews says, “as some people do”, the writer is talking about me. My default personality often leads me to work alone, handle situations on my own, and I am perfectly comfortable eating alone and spending quiet time in the woods…alone. But the soul needs to be recharged by the energy of like-minded men meeting corporately – be it F3 BC’s, Sunday church, Wednesday small group, dinner with friends, 3rd F at Starbucks (Wednesday 0500 at Wescott), or The Oak (Saturday 0700 at the Oakbrook YMCA) . Seek out those opportunities.

I continue to develop my points-based bootcamp, rewarding the men who earn the most points over the course of 45 minutes. Version 2.0 was unveiled on Nov. 16 at Bedrock, but first we took a tour of three of South Carolina’s worst waterfalls.

Waterfall Merkin: Each PAX does five merkins, moving on the Q’s call. On the fifth merkin, hold the low plank position until failure. Butts flat, chest and knees off the ground. As the PAX fail, line up in the order of failure from first to last. Then five more merkins on Q call, holding low plank on the fifth. Once the first PAX in line fails, then man next to him can. Thus the waterfall.

Squat waterfall: Same concept, but five squats, holding the down position on the fifth.

Now that the PAX are sufficiently warmed up we partnered up with someone of similar speed and ability for a Dora with blocks: 100 curls, 200 squats with blocks, 300 overhead press. Each time you swapped out with your partner you earned a point. So the strategy is, be fast. A more subtle strategy is to go more slowly in executing the 100/200/300, both for the sake of proper form and to allow more time for additional swaps.

Once the Dora is complete, return to the flag for 25 burpees, minus the number of points that you and your partner earned. So if you earned 12 points, then you’re on the hook for only 13 burpees.

PThe mission of F3 is to plant, grow and serve small workout groups for the invigoration of male community leadership.

FNGs: None but disclaimer given

Count off by two.  Line the entrance to the circle on both sides.  First man carries log down to the no parking sign and leaves it there and jailbreaks back.  Second man jailbreak down and bring log back.  Rinse and Repeat until all PAX has gone.  While log is being carried remaining PAX’s did exercise.

YHC had the pleasure of posting with F3 Lexington this past weekend.  They did a version of “throw golf”.  However they used frisbees.  YHC didn’t want to use frisbee on account of the high probability of losing said frisbee.  YHC substituted the frisbee for two tennis balls.  Keeping the same teams as earlier when we numbered off we been throw golf. YHC choose the first “hole” being the bed of my pick up truck.  Ball had to make it into the bed. Each member of the team alternating throwing the ball.  Before the next throw could be made PAX had to complete 5 squats.  We continued throughout the park with the winning team selecting the hole each time.  Winning team did 10 SSH and losing team did 5 burpees.

Last hole was the bridge heading into the waffle ball field.  After SSH and Burpees were complete PAX moseyed to the no parking sign.  Wambach reached the sign first and volunteered to carry the log back and stow.  Remaining PAX did a jail break back to the circle.

Mary: 1 minute worth of pickle pounders.

Announcements: 3rd F led by Defib at Starbucks at Wescott

Devo: Proverbs 22:2  The rich and poor have this is common. The Lord made them both.

Moleskin:   YHC brought throw golf into the mix.  It was a good tour of the AO.  Both teams worked together to accomplish the goal.  YHC spoke with City Slicker post workout to find out how far we went during AO.  According to his watch we move 1.2 miles during.  Throw Golf will be brought to different AOs in the near future.

Intro: YHC has been so busy creating “fun” BC’s, that it’s been a while since he hosted a basic, heavy beatdown. A Mule Train + an Escalator would rectify that situation. 16 men trekked to Bedrock to rediscover their arms and shoulders. Welcome FNG’s Bodett (Jason Britton) and Cookie Cutter (David Ford).

Thang: Grab a block and reassemble in two columns, with 3-4 paces between each rank. YHC grabbed a block and a log.

Mary: No time for Mary.

Moleskin: In case anyone was wondering, Bedrock is strong and growing! These guys are accountable to each other, EHing new guys, and can take a hell of a lot more punishment than when I started Qing there a year and a half ago. I’ve heard Sakrete say, “The workouts don’t get easier. You get stronger.” Aye!