warm up: some chatter and stretching before start.

the Thang: City was out for an appearance. Pony abs What?! Rucked 3 miles. High Stick put in a solid 5K and Sakrete, City, and YHC ran a 5 mile bridge run and back. Grasshopper came out for some fellowship too. It was like the old days of the Creamer with coffeeteria and chatter. Pony, Sakrete and What?! Really added to the dynamic of ball busting and commentary.

COT: you forget how things have changed from a year ago. Not a lot to train for or numbers for attendance since COVID changed it all.

the standard was held minus the flags. Schrute will pay dearly for that at a future AO.

warm up: waiting for 5AM start

The party started in the parking lot and then looked at each other to ask why are we standing around. Group moved to outdoor seating of Starbucks to continue conversation

the standard was upheld

warm up: waiting for 5am

COT: post conversation at the outdoor seating of Starbucks. Very chilly and pleasant change. Pleasant  surprise visit from Too Much who ran a leg at 5 am with Jingles and the crew.

Then Standard was held.

warmup: waiting for 5am to start

DHL made an appearance to the Creamer and graced Nexton with his presence. He delivers a fast pace for the Sunday running and was on time for some conversation afterwards.

Placebo, well he hates to run, but when you breakout the Ranger Panties, you put in the effort

COT: back to the outdoor tables for some conversation before drifting back to our homes for the day.

the standard was held.

A baker’s dozen showed up at Fault Line expecting a well thought-out, carefully planned Q. What they got instead was the opportunity to mix in some running with exercises of their own choosing, leaving the rest to chance.

No, not this Dice.

Using the number five as the multiplier (honoring F3’s 5+ years in Summerville), we stopped at many points along our mosey to execute various exercises as called by the PAX. One PAX would choose an exercise, then YHC would roll a dice (yes, OK – roll a die). The numberon the die, multiplied by 5, was the number of reps we executed. We got in roughly 2.2 miles of running with five exercise stops along the way. We did three separate exercises at the first three stops, and one each at the last two stops for time. Return to the flag for five burpees. 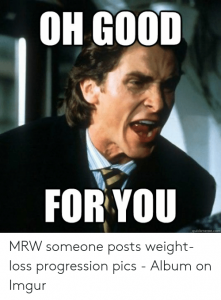 warm up: waiting for 5 am

the Thang: 5 ran the Bridge and back route. Old D put in 8 early miles. Ice Box and City Slicker logged 8 miles as usual with a SCS… overachievers.
M&M came in hot for a 20 mile cycle.

Conversation turned to Grasshopper who started a new job on May. City expressed his own form of congratulations and appreciation. Each Pax took turns rotating through the group of 5 with each of their own one on one conversations throughout the 4 miles.
Some conversation with Hollywood, M&M, and Grasshopper at the outdoor seating made it feel like the old days of pre-COVID Creamer.

post nite: M&M reminds you, no mask no service.

prayer request: watch over us

the Creamer standard was upheld

COP:  That lands on you

Run, Ruck, Ride or come drink coffee.  There are no rules here.

Mary: I don’t think she was working but I can’t be certain.

Numberama: 20  came and went at some point.

Namerama: See above.  Why do we put this in 3 times?

Announcements: We don’t know because we didn’t have a time for them

Devo: Leave that you the professionals

Moleskin:   YHC has been away from Sunday Q’s and workout in general for the last several months on account of my work schedule.  When Floppy issued the February challenge I knew this would be my shot to fill the Q a running AO.  And by Q I mean show up, start talking with Hot Tub and have someone else say “Hey its 5 o’clock I’m going”.  To which I replied “Don’t die you can’t sue anyone”.  That is literally all I did to Q this.  The Creamer basically Q’s it self.

Mosey to the brick pile and get two bricks per man.

Trade your bricks for a block

Mosey with your block to the parking lot on the far side of the AO.

Move to the restroom building

Devo: YHC is reading through the book of Esther this week. Esther was an exiled Jew who was chosen to be the new queen of the King of Persia. When a plan is put in place by the king’s most trusted advisor to annihilate every Jew in the kingdom, Esther is used by God to bring the deceptiveness of this plan to light. Ultimately, the plan fails and the king’s advisor, Haman, pays for his efforts with his life.

Esther was exiled from her home. Forced to live in a foreign land. Yet God used her terrible circumstances to save her people. YHC encouraged the PAX to remember that no matter how bad a circumstance may seem, God can work in it. Perhaps He has placed you there for a time such as this and intends to use you for His good and glory.

Moleskin: The PAX brought it today and made it through a variety of PT like pros. Goose is back, which is awesome. M&M appeared out of thin air, and KY paid a visit to his old stomping grounds!