Conditions: 44. Cold. This is bullshit.

COP:  Run from the truck to the flag.

PAX got 2 miles this morning with varying amounts of weight and coupons.

Mary: Run from the CoT to the Truck.

Announcements: Sheepdog events coming up soon. Ruck for Hunger coming up, no dates out yet. Holiday Party is right around the corner.

Devo: Nothing incredibly deep this morning. 1% better everyday, and DBAD.

Moleskin:   Great banter this morning! PAX discussed various events we’ve done in the past as a way to help prepare our brothers going through the Sheepdog event in a couple of weeks. Fish debated, out loud, what he should fit in his ‘sack’, and noted that weather would have a big impact on how much room there would be.

The Thang:
Ruck to other end of AO

Ground ruck then run to other side of horseshoe and back

Ruck around horseshoe and back

Ruck back to flag

6 Minutes of Mary:
No time

Devo: the fact that any word that God breathes never returns void!  QIC felt God told him to do sheepdog a few years ago and I felt a roadblock with the whole Gun thing.  Never owned one.  Wasn’t sure if I could or how hard it would be due to some events in my past.  God is faithful.  My background check has been cleared!  Ooh rah!  God is faithful and his word never returns void! 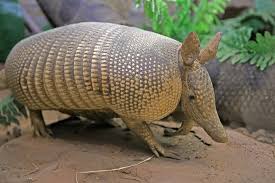 COP:  OH Squats- Hold the down, Q calls up after a PAX lists one of the Principles of F3. It’s been a while since I did this one, so it took a little longer…

Mosey Counter-Clockwise back to your ruck.

Rinse and repeat until time is called. (30 minutes)

Ruck back to the Flag

Announcements: None today. Go buy some fireworks from Glitter Pony

Moleskin:   It felt ‘good’ to be back under weight this morning.  Obligatory tag of KY in the Facebook post for Five Guys. That dude is putting in great work in Houston.

Conditions: 72. Perfect for what was to come.

COP:  OH ruck squats. Hold the down until one of the PAX lists a principle of F3, come up, then right back into the squat. Rinse and repeat 5x (5 principles.)

The PAX had been told they wouldn’t be doing their least favorite exercise. They weren’t disappointed.

Rinse and repeat with favorite exercises-

Curls for the girls

Head back to the flag. If you change blocks, you call 5x of your least favorite exercise.

Devo: Be Prepared- Ready your body, and your mind, for whatever life may throw at you.

Moleskin:   It feels good to be back in town. In the Gloom. Getting better.

Grab a single man log and meet at yield sign.  Rucks up, logs up and step off.  Walk to the Marshall’s building in the Harris Teeter parking lot and back to the flag. Stop at entrance to the park, turn around spot at Marshalls, entrance to the park and then flag doing 25 merkins and 25 squats at each stop.

Announcements: Updated everyone the happenings in the world of Sakrete.

Devo: Took a devotion from my daily devotion.

Moleskin:   I got my start in F3 @ Magnitude so it’s only fitting that the tour de Sakrete begins here as well.  One of my favorite Qs at Magnitude is the log toting trip to Harris Teeter.  4 stops for some PT totaling 100 merkins and squats.  Good way to start a tour.

Take the blocks for a walk around the AO, periodically stopping to appreciate Christmas. At each stop, one PAX answered the question: What is your family’s favorite Christmas tradition? Then the PAX led the exercise of his choice, 11 reps.

At the ball fields, 11’s – with Squats and ‘Merkins

Continue the stroll around the AO. This time, at each stop, one PAX answered the question: What is the best gift you have received? Then the PAX led the exercise of his choice, 11 reps.

At the palm trees (11 palm trees total (we skipped two trees, for reasons)) – one block thruster at each tree

Continue the stroll around the AO. This time, at each stop, one PAX answered the question: What is the best gift you have given? Then the PAX led the exercise of his choice, 11 reps.

Moleskin:  It was fun to hear about the PAX’s Christmas experiences, and I think we had a good workout as well. Thanks for letting me lead!

Conditions: I don’t remember it was a long time ago

COP:  20 squat on Q, Right legged Flamingo (Right leg planted.  Hold left leg behind you and PAX count off really stretch that quad), Left Legged Flamingo- PAX count off, PAX led up downs (high knees and go around circle with each PAX calling the down.  Hit the deck and back up)

Reverse Indian Run around circle @ the flag.  Lead man runs around the circle to the back of the line while remaining PAX lunge walks.  Once lead man reaches back of the line next man goes.  Continue until each man has ran.

Break into two columns heading away from the flag.  Indian run until next stop.  Push yourself.

Halt at picnic shelter on left side.

Two columns heading towards entrance to park.  Indian run until next stop.  Push yourself .

Halt at wall behind baseballs at the entrance.

Two columns heading toward the top parking lot by the fire station.  Push yourself.

Make the turn around the parking lot and head into the concession area in between the ball fields.  Go down the steps to the first row of the concrete bleachers.  On bottom row:

Down stairs and out to the concession area.

Repeat squats and broad jumps as before

Mosey out to the road that leads to scoreboard

At the scoreboard do 20 dips OYO.

Partner up.  Mosey back to the flag with your partner.  Push him to get there faster.

Mary: Several ab exercises that took up the remaining 3 minutes

As you read this scripture, let God’s forgiving nature envelop you.  It is by His grace, He pursues and saves us.  What a mercy filled gift! Have you accepted God’s offer to wash you white as snow?

Moleskin:   This may not be exactly what was done.  I have a bad habit of not writing down my workouts at any point.  I failed to get my backblast done due to the website going down.  By the time I figure out how to log in and do the back blast the memory of the workout was a tad fuzzy.  This is close though.  I remember City Slicker was there because this is the first BC he has attended in 3 years.

Grab a block and meet back at COT

Praise for improvement for Sakrete’s friend, prayer for Waldo’s wife’s friend, FNC and the others on the Men’s Hike, our country

Be the change by being the example to our wives, children, and community. Be humble enough to admit to our wives and kids when we make mistakes