Intro:  13 beat the FOO and bettered themselves and pushed each other.

Weather:  59 and felt a little cooler

Shortcake Special (Before the BC):  None

Disclaimer:  F3 Summerville is a peer-led, zero-cost non-profit workout group. F3 makes no representations regarding the skill level of workout leaders, the safety of the exercises performed during workouts, or the hazardousness of the premises upon which workouts are conducted. Participate at your own risk.

PAX were treated to a BC where we used 54 cards (2 jokers).  Here are the exercises/suits.

YHC was wanting to do a deck of cards type BC but didn’t really have a spare deck, that’s a lie, I just don’t know where it is.  I found a nice little app called Sweat Deck where you can assign exercises to the suit.  It made this morning fun.  We completed 105 reps of each exercise plus two laps.

The Thing: This is Tremor and we run. Each month we do a loop until we hit 2 miles, and we go as fast as we can. 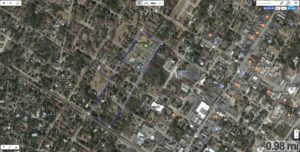