Conditions: Humid but who cares and so what?

Devo: Be careful out there.   Working out hard in extreme heat and humidity for long periods of time can get you in trouble.   Don’t “push through it” if you don’t feel well.  Heat stroke can affect even the most fit of athletes.   It is no joke.

Moleskin: It was time to leave the confines of Doty and see the world before the gloom takes over in the next few months.  We actually witnessed Defib’s legs! Yes, he wore shorts.  Go figure.  We put on a show for the diners at Five Loaves.  I am sure we became a topic of discussion.  F3 advertising at its finest.  We all looked like we came out of a lake when we were done.  Deceivingly humid.

warm up waiting for 5am start

the Thang old D Masterload and YHC started at 4:30 for an interval of 8 miles the rest ran various routes and miles at 5am

dobt be an idiot

Conditions: Warm, clear skies and wet turf but who cares?

Grab a block and return to flag.   Plan was for a ring of fire workout but only had 3 but we did it anyway.   Pax performs set exercise continuously while one performs different exercise – repeat until all Pax performs.   Due to attendance, we circled either 2x or 3x to ensure the burn, burn, burn.

Mary: Squats until time up (about 20)

Moleskin:   Lost some regulars due to injuries, job schedules, and whatever.  But you can form a circle with three.  If you feel tired after a long day of work, consider Accelerator.   I guarantee that that Accelerator will make your  evening better.  When you get home, you will be hungrier, be more awake, and eventually get to sleep much faster with a good evening workout.   Consider it if you fartsacked and missed Bedrock or Seismic in the morning.

Separate in two groups.  Group 1 begins jog around the long part of the park.  Group 2 goes the opposite direction.  When the 2 groups meet up execute the following

Stay in your groups and meet on the road that runs in front of the senior center.  Group 1 heads around the block in one direction while group 2 heads the other.  Indian run race.  Finish line is the entrance to Doty park parking lot on Hickory.  Stop Indian run and enter park.  One lap around the park at your pace.

1 minute and half of WW1 Situps.  One set of failure.

Moleskin:   The few times I have either Qed or attended a BC @ Accelerator we have met in the grass on the far side of the park near the gazebo.  Well there were kids practicing soccer there.  Would have been difficult to do a BC with them there so we relocated to the grassy area by where the blocks are stored.  My first time Qing 2 workouts in a day.  However, that wasn’t the greatest feat of the day.  Cheetah attended 3 BCs and a liquifaction.  BJDDAL (Bedrock-Jones DD, Accelerator and Liquifaction)  Dude is a stud.  Speaking of studs.  THREES COMPANY HELD PLANK FOR 4 DIFFERENT PLAYINGS OF THUNDERSTRUCK WITHOUT BREAKING PLANK ONCE!  A record that can only be tied.  Great work men.  Always enjoy posting at accelerator just rarely works out with my schedule.  It is a different animal working out in the afternoons.  I’ll take the sun not being out.    Thanks again for playing along gentleman!!

Conditions: Cooler than expected but still clear.  It hasn’t rained in about 3 years

Mary: Not on running days

Numberama: 10 at some point or another

Devo: Expose Them
Take no part in the worthless deeds of evil and darkness; instead, expose them. (NLT) ( Ephesians 5:11 )

As we walk daily with the Lord, we begin to see room for improvement in ourselves.  When you clearly see sin in your life our natural tendency is to cover it up and hide it from others.  Yet, hiding it only makes room for it to flourish.  By bringing it out into the open a weight is lifted because you are authentic.  Talking openly also invites others to help keep you accountable and allows healing to begin.  Do you have anything in your life that needs to be exposed?
Download this app to get your daily devotions: http://jctrois.com
http://www.jctrois.com/dailybibledevotion/devotion.html?devo=FtvCDQ4I2V

Moleskin:   Tremor is the AO that meets the earliest in the region.  Sakrete is habitually late.  YHC made sure he wasn’t going to be late for this one.  Arriving roughly 10 minutes early I still had no idea what route we were going to run.  I’ve lived in the Summerville area for going on 8 years and still do not know the roads downtown.  So I figured I would work a route that was easy to relay to the PAX.  Apparently…. according to City Slicker… we ran the Alston Loop.  City Slicker wasn’t thrilled with my lack of creativity.  I don’t care.  He’s a turd.  This was my first Q @ Tremor in my tenor in F3.  High Stick left a little early.  YHC ran 4 miles.  Everyone else ran more that that.  Pyle and Hashtag came strolling in right @ 530.  I’m only assuming but I think they ran about 15 miles that morning.  First and last Q @ Tremor brings stop THE OCHO on the tour to a close.

warm up: waiting fir 5 AM start

many routes were run. Most were solo. All miles were finish

cot: the standard was held

warm up: waiting for 5AM start

The party started in the parking lot and then looked at each other to ask why are we standing around. Group moved to outdoor seating of Starbucks to continue conversation

the standard was upheld 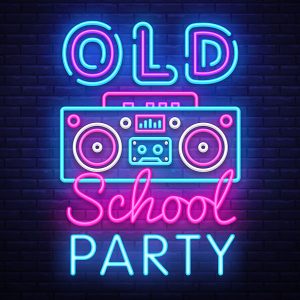 Exercises: Up and Overs, Curls for Girls, Ovhd Press, Damn Its,

Change up of routine to 5 Burpees, 10 Monkey Humpers, 15 WWI Situps and all returns running backwards

MARY:  No time for Mary

Moleskin:  The Q was unpredictable on the number of reps which kept the PAX wondering how many at the start and not knowing how many more were left to do.  That’s what makes being the Q better than being one of PAX. Placebo provided the Bourbon Balls to cap off a good night.  Cheers!

Devo:  As a HIM, you need to be deliberate and intentional in your actions.  Don’t say “I don’t care”.  Be the leader.

Mobo’s annual anniversary Q to celebrate 37 years with the M.  You know what they say, “A good wife always forgives her husband when she’s wrong.” Works for me.

Thang: Mosey to shed and get a block and 3 poles and back to open area.   While 3 people carry logs to other end of area and back, the Pax does an exercise of Q’s choice until all 3 are back and drop the logs.  If the count is greater than 37, the 3 loggers must do 5 burpees.  Rotate the loggers and repeat.  Exercises: Up&Overs, Flutter Kicks, Ovhd Press, WWIs, Curls, Magoos, Merkins, Bent Over Rows, Tricep Ext, Monkey Humpers, LBCs.

Moleskin: The magic number 37 turned out to be a challenge for the loggers to get back in time for some exercises, hence burpees were prevalent.  It did make the loggers hustle especially when they heard the Pax count as they returned back.   Anything to avoid burpees.