Announcements: Bedrock is hosting this week’s Saturday workout…Sakrete will be Qing

Devo: The Devo started during the workout, as we complained while carrying the blocks, Mayhem referenced Louis Zamperini (the inspiration for the book/movie ‘Unbroken’), and that just about any suffering or discomfort we have, pales in comparison to what some people have gone through.  And to rely on your faith in those moments of suffering or discomfort.

Moleskin: Mayhem wasn’t messing around today…his 2nd co-Q destroyed our arms as we carried the blocks throughout the park.  The mumble chatter focused on Mayhem’s seemingly endless time as a 49-year old, and given his last name, Fish N Chips concluded that he must be an immortal, like in the movie Highlander (which featured a character w/ the last name MacLeod).  Mayhem is going to be a great addition to the Q rotation.

The Thang:
-Grab a block and meet at the entrance to the flag.
-Hand release merkins x5 on Q
-OH Press x10 on Q
-Curls for the Girls x15 on Q
-Chest Press x20 on Q
-LBC x25 IC
-Hold high plank for 30 seconds.
-Jailbreak to lightpost on the right, then side shuffle (right foot leading) to the speed limit sign; Head back with side shuffle (left foot leading) to the lightpost; run backwards to the flag.
-Repeat this set until 5:40
-Stow blocks

Moleskin: In tribute to the movie ‘Groundhog Day’, I wanted to do a repeating workout, but I didn’t want it to feel like the Cardiac.  So I put in a series of block exercises, and made the running part a little different.  Overall, I think it went pretty well…the mumble chatter was strong and we got some good work in.

Conditions: Cool and a bit breezy

The Thang:
-Already had blocks at the start of the workout, gather (w/ block) at the entrance to the dirt parking lot.
-Slow mosey around the dirt parking lot
-Easy In would call out an exercise and the pax would do as many reps until they burnout.  First pax to fall out has to do 5 burpees.  Every other pax would do 3 burpees once they reached failure (except for the last remaining pax, he would not have to do burpees). After failure, hold plank or join back in until last man is standing.  Everyone then moseys around the parking lot and the next exercise is called.
-The exercises included tricep extensions, block press, Lt. Dan’s, Curls for the Girls, Overhead Press, Calf Raise w/ Block, Lawn Mowers, LBCs.
-During these exercises, Easy In would be playing songs that came from movies.  The first pax to identify the movie that the song came from would then have to hand out 10 burpees to the pax of their choice (but cannot choose a pax that had already been chosen to the do the burpees before)
-Stow Blocks

Announcements: Still need Qs for the rest of January

Moleskin: Easy In had done his first co-Q several months ago, so it was time to get him back out to lead the crew so he could attain full Q status.  This was a fun, inventive workout that allowed for a lot of good mumble chatter.  The competition aspect was fun as well, even if we knew that Defib would win every round.  Welcome to FNG Shooter McGavin.

Grab a block and meet back at COT

Praise for improvement for Sakrete’s friend, prayer for Waldo’s wife’s friend, FNC and the others on the Men’s Hike, our country

Be the change by being the example to our wives, children, and community. Be humble enough to admit to our wives and kids when we make mistakes

Moleskin: We had quite a few pax show up after we started, and even after Sakrete arrived.  We also had a ton of chatter, making it tough to keep the Pax focused on the workout.  But we still got in some work.

The Thang:
I periodically gave the pax a vote between two options for how we would proceed with the workout, and sometimes we had an unopposed race in which I would pick an exercise without giving them a choice…

Devo: Having choices is better than having no choices, even if the options you’re choosing from aren’t always good.

Moleskin: In classic Bedrock fashion, I went to sleep with only 2 HCs on the preblast, yet we had 12 men at the workout.  As always, the mumble chatter was good and I think we got some pretty good work in.

COP: None…jumped straight into The Thang

The Thang:
-Did a circuit of nine exercises, 30 seconds per exercise.  Had a 30-second rest period after each set of nine.  Repeated the circuit until time was done (9 total circuits). The exercises were:
1. SSHs
2. Squats
3. Monkey Humpers
4. Mountain Climbers
5. Hold High Plank
6. Merkins
7. LBCs
8. Ray Charles
9. Flutter Kicks

Mary: None…ran out of time

Announcements: Tectonic will host this week’s rotating Saturday workout.  Old Flame will be doing a 100 mile run in full gear.

Devo: ‘If you can’t do it, don’t Q it’.  This motto held me back for a while…I didn’t want to Q for the longest time, because I was always worried I’d struggle at some point during a workout and not be able to hold up that end of the bargain.  But over time, I’ve developed ways to work around my weaknesses in order to fulfill that motto, but I wasn’t always bettering myself.  So sometimes you have to be willing to take some heat from the Pax in your attempts to better yourself.  I struggle with merkins, but if I never put them in a workout, I’ll never improve.   So in a ‘do as many as you can in 30 seconds’ type of workout, I can push myself, but not hold other Pax back.  There are ways to structure a workout that will let that happen, and I appreciate the pax for pushing me to keep my form on the plank or to not hold up my end of the deal while Qing.

Moleskin: To honor the start of September, the ninth month of the year, I decided to build a workout around the number 9.  I then realized you could fit a 9X9 circuit workout (30 seconds per exercise) into a 45 minute time slot exactly when you add in 30 seconds of rest after each circuit.  So I gave it a shot, and the pax didn’t hate me nearly as much as I expected, yet I still think we got some good work in.

The men of Bedrock were treated on Tuesday to a sampling of the greatest music to grace God’s Earth: MY music. Nine songs of pure glory, each one crafted with care by Masters of Rock. When the speaker crapped out we improvised by playing the tunes through the car stereo. Just like high school, minus the mullet and substituting the sporty little coupe for a Hyundai sedan. 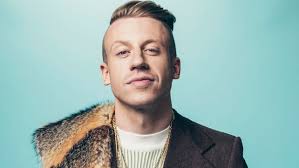 Macklemore was not featured in my playlist due to his being a huge, untalented douche.

Do the exercise listed next to the song while it’s playing, AMRAP style. When you need a break, take a lap around the gravel parking lot.