Intro: Doctor Octopus signed YHC up for this Q last Thursday night.  We decided if YHC took The Creek, Doc Oc would Q the Ditch this week.  Solid trade.  YHC enjoys running the figure 8’s but wanted to put a little twist into the run…

Shortcake Special (Before the BC): none

6 Minutes of Mary:
none

Announcements:
Redo, Discount and Doctor Octopus did a triathlon this Saturday in Savannah.  Redo is trying to put together donations for Goose Creek High that might be a ruck which will be cool.  The Casey Community Center at The Ditch is being remodeled…might need to move the blocks.  There will more than likely be another Liquefaction this Thursday evening at Sapphires.  A Sprint Triathlon is going on in late July.

Pledge of Allegiance: did this

Moleskin:
Quality run this morning.  Doc Oc said he forgot to turn around one time because he got carried away talking with Fanta and Wee Woo.  YHC enjoyed his morning run, got to see what the Creek looks like running in the opposite direction lol.  The geese were just as creepy as always at The Creek, had two gangs of them this morning.

Moleskin:   Thanks to Fanta, we have a new FNG.  Nick is in the USAF and we were struggling to come up with a name until Fanta mentioned he liked to trade cars.  As a trader of sorts, what better name than Pikachu.  Got to Catch ’em all! 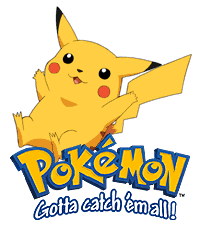