Preamble: The Ditch.  Home sweet home.   I haven’t gotten to post out here as much as I’d like to lately.   I always questioned whether I’d be one of the guys that dropped off the face of the earth during Marathon training season.  Now I know the answer.  I still try to get out here a couple times a month though because it’s a fantastic group.

No FNG’s.  But none the less, I disclaimed.

Disclaimer: Remember F3 is peer led and may have serious side effects which can hurt.  Be careful. F3 is not liable in the event of injury or worse.  Work hard, but know your limits.

I got an idea in my head to have a boot camp set to some nice classical music.   Perhaps the dichotomy would invigorate the PAX.  Surely they would exert themselves physically, but their minds would also be stimulated by the mental effort needed to process the cognitive dissonance inherent in this fascinating juxtaposition.

The PAX were grumbling about the lullaby-like melody of the song saying it was going to put them to sleep.  I thought to myself that COP could just as easily stand for Circle of Peacefulness, and told them to just hang on.  That we must build up to this.

Head on over to the coupon pile and grab a nice log with your partner.  Also each man should grab a block.

As we mustered back at the flag I reminded the PAX that the only way to get a log is by Choppin’ down a tree.  So we did log exercises to Chopin’s Nocturne (no 2) in Eb.
Well that was the plan.   My hamfisted attempt to Q up the song accidentally landed me on R Kelly’s “Bump ‘N Grind”.   So we just did our exercises to Bump ‘N Grind.  TKO was my partner.  He had a lot to say about this song choice.  Couldn’t hear much of it because of my knit cap.  I imagine it was all complimentary.

With Log and Partner and R Kelly:
20 Squats
30 Decline Merkins
40 Crunches
50 Overhead Press
(My mind was telling me “no”, and my body, my body was also telling me “no”).

I asked the PAX to form two columns.  They obliged by forming something resembling an amoeba. 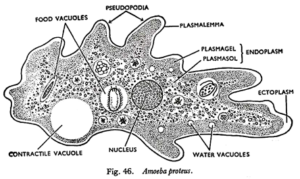 We did a little half mile-ish run to Mozart’s Piano Sonata No. 16 in C major.  We mosied to Mozart…. Hahahaaaaaaaaaa.
Along the way we stopped and did 20 Merkins a couple of time.  Saget did all of this with a ruck on, by the way.   Silly fellow he is.

Head back to flag and get your block!   We’re going to lift our blocks to bach!

The following were executed to Bach’s Toccata and Fugue in D Minor.
40 Chest Press (10 normal, 20 with a 4 count flutter kick, 10 normal)
30 American Hammer with the Block
20 Blockies (bad idea!)  I almost made myself Merlot here.
10 count (Ophelia obliges, he gives a nicely paced count.  It’s not enough, I count 10 more)

I’m Snowden, I like to run.  If you don’t like to run, don’t have me Q your boot camp.  Indian Run to the park 1/4 mile away.   Ronda and BCG were particularly speedy here.  Tclaps to Hacker who lost a ton of weight and is constantly improving.

No time for Mary!

Collosians 3:8.  Good discussion about the destructive power of words.  Thanks Ophelia for your perspective on things.  Prayers for many brothers and their families  who are  struggling right now.

Great Day for the Swamp Fox!  Approximately 70° and clear.

No FNG’s were present but several new PAX showed up for their first Swamp Fox and did great. All in all we had 20 PAX and everyone did outstanding!

The Thang-  Everyone grabbed a block and headed to the trail for as many rounds as possible of the following:

20 Squats with a Block

The first round was on Q and after that everything is oyo. That said, PAX usually stick with some buddies and everyone is working out near each other.

Great job to all who did their best and bettered themselves!  Congratulations to those who got 6 rounds in or just did better than last time.

Announced The Oak and Q School

Prayed for those who continue to be hurting from the effects of the storm.

Devo was focused on James 4:14 – “What is your life?  It is even a vapour that appeareth today and then vanisheth away.”

We don’t know how long our life will be but it is just a dot on the time line of eternity.  The Bible says “it is appointed unto man once to die and after this, the judgement.” Are we ready for that?