Not only was YHC visiting Tectonic today, I brought my old friend Dora.

Partner up for DORA:

Devo: Core Values are critical for any organization. YHC challenged the PAX to identify Core Values for the family, discuss them and write them down. Core values provide a guide and a straight path to return to when we are tempted to go off course.

Moleskin: No armadillos were sited today, but their holes were certainly evident on the way to and from the block pile. Good push by all the fellas today.

This one is a slight variation from a Q I did at Seismic last week. It was just as good the second time.

Run a loop around the farmhouse

Run a loop around the AO

Run a loop around the AO

Devo: None. We headed straight to the F3 Summerville Rock ceremony.

Moleskin: The men worked hard, ran hard, and pushed to make themselves better this morning. The Rock was passed to Cold Cut, and thus was long overdue. Him killing it at workouts and recently completing his first marathon aside, the dude is a leader and having served with him on the board I’ve seen it first-hand. Well-deserved!

The Thing: Each PAX was directed to get a block, PAX were paired together.

PAX would play Rock Paper Scissors: Winner would do exercise while loser would run around AO.  There will be 4 rounds of each exercise giving each PAX the opportunity to do the exercise 2 times.

DEVO: Be a person that helps people smile through the holidays

Intro: 8 men braved the moist grass and frigid 55° temp this morning at Tectonic, while YHC continued to experiment with a few new movements. The mumble chatter and conversation were strong this morning, which YHC loves.

OHP & curls (using the picnic tables, in teams of 4)

Mosey around the triangle.

Men were paired up with a battle buddy

PAX was instructed to start at the lower bench wall where they would do the following:

Lunge Walk to end of fience

Crawl under fience through 6 sections

All groups got 3 rounds in.

Gather and mosey back to the sidewalk near the flag

Bear Crawl Indian Run (Men are lined up head to toe and instructed to bear crawl from the back to the front.  All other PAX were in a plank.

Devo:  Fear is what holds us back the most.  It’s the little voice that tells us we can’t.  Or we are to out of shape.  Don’t give those voices life.  When you do it creates FEAR..  FEAR IS A LIER!!

11 MEN came out to Tectonic to see what YHC might have in store for the PAX for a Labor Day beat down. Three of them (Grits, Itgonbfun, and Sakrete) got themselves into this mess on Saturday at Sakrete’s house, but none better than the proverbial SHOVE under the bus from the M of Sakrete.

Studder Burpee Ladder 1-10-1 (Q calls down and counts in low merkin hold, then return to feet. Increase count each rep until last hold is 10 count, repeat back down to 1)

On return to circle, merkin x 15

Mosey around farmhouse to COP area

Mosey around farmhouse to paver circle

Mosey around farmhouse to COP

Slow mosey to front of farmhouse to flag since shovel flag did not post.

Introduction: YHC has been wanting to do a music based workout for while, finally decided to test it out on the men of Tectonic.  The premise is that the the Pax follows the song and does a movement when a certain word or phrase is said.  YHC will attest that directive is easy to underestimate

Those of you who come to Tectonic know the amount of mumble chatter that the Pax generates for the entertaininment of the Q.  It is safe to say that the mumble chatter quickly died down once we hit full stride 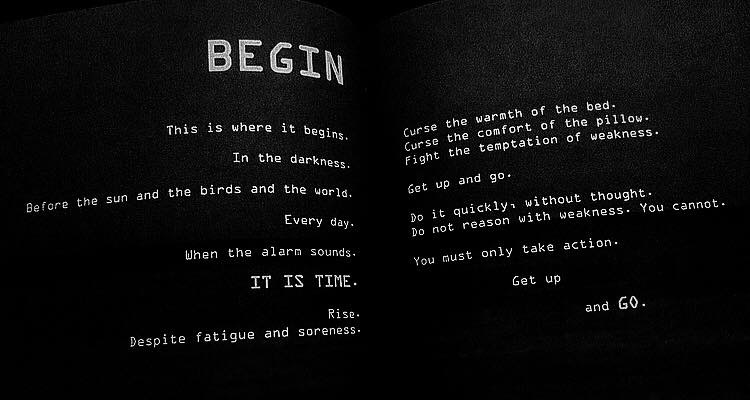 FNGs: None, but disclaimer given

“Control yourselves. Be on your guard. Your enemy the devil is like a roaring lion. He prowls around looking for someone to chew up and swallow.”
‭‭1 Peter‬ ‭5:8‬ ‭NIRV‬‬
http://bible.com/110/1pe.5.8.nirv

The ability to persevere—to remain strong and steadfast in the face of difficulties and delays and distractions—is a fundamental skill, necessary for any man choosing to devote himself to our King, Jesus Christ. He showed us how in the wilderness and against the temptations that followed (Matthew 4:1-11). Like him, we too must bear up against the pressures of the world, and not only for a while, but until the very end of our days. Though any one trial or temptation may be short lived, there’s always something out there capable of our destruction.

Preparedness is paramount. You see, when we’re unprepared and troublecomes (at work, in our relationships, our finances, our health) it takes us down: into anxiety, anger, bitterness, despondency, depression, isolation. When we’re unprepared and temptations come (material, carnal, moral) they too take us down: away from God and into sin. Compounding our lack of preparedness, the enemy is always quick with interference and misinformation.

“This’ll be long and difficult… too long, too difficult for you.”

“You won’t have strength enough to persevere.”

“You should just give-up/give-in now, and avoid the grief of waiting, just to give later.”

Perseverance isn’t innate; it’s learned. All of us can do it if we train. So, brother, manufacture some pressure and train yourself. Push your limits, physically, mentally, spiritually: climb a tough summit; tackle a hike of many miles; fast for a period of days; turn devices off and embrace quiet and solitude and prayer for an uncomfortable period. Remember, God designed you for perseverance. So, by training, you’ll simply learn what you’re made of (plus you’ll expose the lies of the enemy). It doesn’t take much to learn a whole lot about yourself!

Moleskin:   As mentioned earlier, YHC has wanted to do a music based BC for a while. Simply picked out a song with a repeated word or phrase, assign a movement to it, and get after it. Almost writes itself.  It was definitely out of the box and it took a bit for the Pax to fall in the groove, but it turned out to be an awesome BC that was both extremely fun and crushing at the same time. Lesson here is simply get out there and have some fun.