Conditions: 4o degrees or so

COP: (all done in honor of Jack Chaplin, Test Tube’s return to the gloom)

Mosey around triangle to brick pile and PAX grab 2 bricks each.

LBAC with bricks on the mosey back to sidewalk by pavilion.

Brickens:  These are merkins on the bricks, that is, place the bricks on the ground directly below the center of your chest.  Q calls down and up each time PAX chest touches the brick.

11s- Pull ups and Testicle Toucher Squats on the benches.

Brickens:  bricks stacked flat on top of each other, on Q, x 10

Nolan Ryans with the bricks IC x 10 on each side

11s- Dips and Step ups on the bench

Brickens: bricks laid flat side by side, on Q, x 10

LBACs with bricks on mosey to stow

Devo: We focus a great deal on physical fitness but make sure you take time to invest in your mental health and fitness at well.  Ask yourself how are you dealing with stress?  Are you getting enough sleep?  Are you having fun in your life?

Moleskin: YHC really likes those brickens.  They did well to improve both accountability as well as form on a standard merkin.  We will see those again.  Welcome back Test Tube.  Glad to see a true Tectonic faithful back in the gloom.  A good solid beat down.  Good push men! 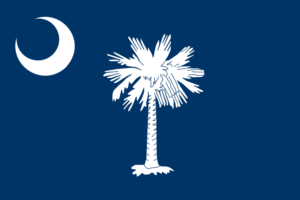 The Thang:    Nine Times Routine: ‘Nine Times’ is an unincorporated community in Pickens County SC. The community was so named on account of the nine water crossings of a path over a nearby creek. It started as an early Native American trading post. A traveler might ask: “How do I get there?” Answer: “Follow this path until it crosses the creek nine times.”
Crab Walk from AO flag to the ‘Bermuda Triangle. Position 1: Flutter Kicks IC x9; Run the triangle approx 200 yds. Position 2: Beaar Crawl approx. 40 yrds back to position 1 for 9 burpees IC.
Rinse & Repeat Nine Times. Unfortunately, time only allowed 8 times.

Devo:  “Humility is gained through hidden service.” … “Self Rightous service is highly concerned with results. It eagerly wants to see if the person served will reciprocate in kind. It becomes bitter where results fall below expectations. True service is free from the need to calculate results. It delights only in the service. It can serve enemies as freely as friends.” ~ ‘Celebration of Discipline’ by Richard Foster. Reference: Matt. 20:26

Moleskin:  This was a simple rinse & repeat routine. Seemed simple enough but the repetition of bear crawls + burpees with added humidity made the Thang very effective. Everyone pushed hard with exception of Major Dad who briefly exceused himself for another type of push. YHC entertained the troops with the story of how the SC state flag came to have its color, palmetto tree & cresent.

Conditions: 60’s and nice, of course the ground was wet because it is Tectonic

Indian Run to block pile around triangle, grab 1 block and head to Pavillion

Toe taps (first 2 sets on the block and bench each, last set up high on the table)

Blockees (that is essentially 30 consecutive blockees with just a little rest after #15 and 25, just in case you were confused)

Partner sprints on the road 3x up and back

Devo: There was a lot of straddling position in the warm up and often life seems like we are straddling things.  Work and family; Fitness and food; Recreation and Duties, etc.  Do your best to find comfort in that straddle.  We all know it is hard, but worth it.

Moleskin:   Overall that workout was solid, but those blockees bruh!!!  I got the idea when Major, Test Tube, and I were chatting up Green Bags after Monday’s workout.  We reminisced about an early Q in my F3 history were I hit the wall (and a squeak to my voice) during 15 blockees in cadence.  Well might as do it better and then some and we did.  City Slicker did a six mile SCS before the workout (what the hell is wrong with this dude?)!  Major Dad and Test Tube did a SCS as well.  Woody did well to get back in the gloom and Green Bags and Grits are starting to be Tectonic regulars.  Good work men!!!

Temperature was in the low 60s, and the AO was soggy and windy thanks to Hurricane Irma.

Moleskin – The crowd was thin as Hurricane Irma headed to the area, but those who showed really put in work. Small numbers can sometimes be a buzz kill, but at others make for some great 2nd F. This was the great 2nd F time.  To honor and remember 9/11 the Q decided to do the Modified Murph. Total distance covered ended up being about 2 miles. Hand Release Merkins on Q seemed to be the crowd favorite. Great leading and hanging around to chat with you men.

Numberama: how many total

Devo: First John 3:17 “But if anyone has the world’s goods and sees his brother in need, yet closes his heart against him, how does God’s love abide in him?”

Moleskin:   YHC combined several ;normal; exerices with a second one for new routines.  Added the Merkin Conveyor that seemed to be a hit with the PAX.  Max effort given by akk.

THANG – Smoker; 10 Burpees OYO, crab walk to street then best effort around Triangle. Teams made by order of finish. Starting at Tree, team member 1 sprints to other cone and back. When team member 1 completes the two sprints, he picks ups two bricks and sprints while team, member 2 begins his initial sprint. After bricks it is one block, then two blocks, then Bear Crawl with no rest between runs. Rinse and Repeat.

Moleskin – Borrowing the idea from Goose at the “Village Games”, YHC decided to do a coupon relay. Cheech and Walk Off decided that the FOO had a firm grip and remained inside the warm fartsack. Stick’em held true to his HC after a long absence from Tectonic. The entire relay portion was a challenge, but the Bear Crawls were a true gut check as your teammates patiently waited for you to return from the other cone. Welcome FNG Turnpike. Great work men!

Mosey around the big loop

Moleskin:   The grass was dry today at Tectonic. Depending on how often you’ve visited The Ponds at 5:00 a.m., you may not understand how rare this is. It was very nice when we were bear crawling the 15 – 18 ft between brick and block on set # 2 above.

The men of Tectonic came to work hard this morning, and work hard we did. The last set of 11s was the hardest to get through, but the PAX (and the Q) hung in there and finished strong. I would expect nothing less from this crew!

Moleskin: On the day of the Eclispse, YHC had a great event themed workout ready to go.

Winning team decides if they are the Present or the Future.  Pax 2 won and picked the Future.  The present is today’s date and the Future is the date for the next expected eclispse

Team 1 now picks if they are East or West Coast.  Reps equate to local time the Eclipse Starts and Speed of the totality of the Eclipse.  PAX 1 decided to be West Coast

Width of Totality = 70 miles.  Each team will run 7 laps around the AO (individually) while the PAX executes the spelling of Eclipse

E = Elf on the Shelf w/block

I = Indian Bear Crawl –  Line up head to toe…Plank position..execute merkins while the 6 bear crawls to the front

E = Everest – Lock arms, lunge 1 step and squat, lunge other leg and squat – Repeat across field until six gets back

Mary:
No Time for Mary

Naked Moleskin:
Ran out of time for the final E in Eclipse but other wise this was a solid beating today.  Welcome FNG – Bandwagon

PAX mosied to block pile to grab one block each and reassemble at the dead-end road.  YHC placed 4 cones 20 paces apart from starting point.  The PAX will complete a ladder with one exercise at each cone and another at the starting point.

PAX then moved to the sidewalk next to the pavilion to move the pile of blocks (bucket brigade style) from the starting point to just past the entrance to the farmhouse.  Time.

Devo: James 3:13 – If you are wise and understand God’s way prove it by living an honorable life.

The Meat Grinder is a series of 4 exercises.  Men counted off in 4s.

Station 1: Do you remember that time YHC did that dragon boat Q where he had 3 sets of picnic benches spaced apart at differing distances for abyss merkins?  Station 1is that going from widest to narrowest (like a meat grinder, ya know?).  5 abyss mekins each set of tables.

Station 4: Run round the Farmhouse

Back extensions with partner x10 but try for 20 if you can.

Namerama: I forgot to do this and we di it after devo, Whoops!

Pledge and COT: Prayers to Bean Ball as he moves into college and QC’s mother-in-law as she deals with cancer

Devo: YHC has been thinking a lot about the events of Charlottesville and about how quick we are to judge others.  Today’s BC had a Metal soundtrack and if you do your research you will find that metal along with most of what you listen to (rap,country, gospel, rock) was judged harshly at one time or another..  YHC offered this verse:

“We have appointed a law and a practice for every one of you. Had God willed, He would have made you a single community, but He wanted to test you regarding what has come to you. So compete with each other in doing good. Every one of you will return to God and He will inform you regarding the things about which you differed.”

Oh, and yeah, that is a verse from the Quran.  Remember that thing I said about not judging?

Rage Against the Machine “Killing in the Name”

Mastodon “Curl of the Burl”

Moleskin:   So let me cut to the chase.  Roscoe merloted.  That is fucking awesome.  That a man would push himself to the point of puking under my leadership is an honor.  Roscoe is one good dude, and straight got at it today.  T claps.  Inspiration to add a little music to the BC came from three sources.  A recent BC at Bedrock by The Colonel, an old backblast called “Death by DJ” from a Tectonic legend I was never lucky enough to meet (Flutter), and FIA (yeah I said it, those women can throw down).  T Claps to 50/50 for making his first Tectonic appearance and all the rest of those bad asses who keep me getting up at 4:20am to do stupid shit that makes me better.